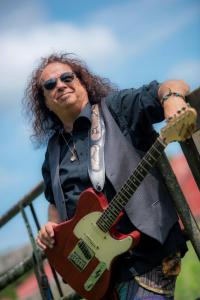 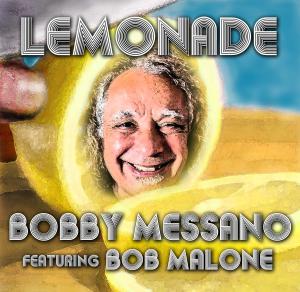 One of the most righteous Roots albums of the year.”
— Bill Bentley, Americana Highways

Messano is primed and pumped to share music from his crushingly successful new album, LEMONADE, which dropped in July. The title track’s companion video premiered on Heartland TV Network to more than 22.4 million households across the U.S. and is now racking up tens of thousands of plays on IndiMusic TV, Roku, Hot Rock TV, Miami Music TV, My Jam Music Network, CMCTV (San Francisco), Next Stop Nashville, DECTV and other outlets. The album's first three singles – "The Bad Guys," "Heal Me" and "Lemonade" – are at radio and all digital platforms. SiriusXM's Bluesville and Jam On channels are also featuring tracks from the album.

The disc is ringing the bell with reviewers, with Americana Highways calling the project, “one of the most righteous Roots albums of the year.” Goldmine describes LEMONADE as “delicious,” KRFC-Fort Collins dubs the offering “liquid gold,” and Blue Monday Monthly Tabloid notes the project is a “must have.”

About Bobby Messano
Born in New Jersey, Bobby Messano has played on more than 50 major label and indie albums. His music has been heard everywhere, from MTV jingles to Benny Mardones' smash hit "Into The Night." He has appeared or headlined at BAMFEST, The Charleston Blues Festival, Smokin' In Steel, Summerfest, Charlotte Speed Street, Bayfront Blues Festival and many other prestigious events. His recordings have earned airplay on more than 275 blues stations. "That's Why I Don't Sing The Blues" was on the American Blues Scene's Blues Top 5 chart for 24 weeks and was named 2012's Top Blues/Rock Album (USA) by Blues Underground Network; that same year he was inducted into the Delaware Blues Hall Of Fame. LOVE & MONEY, released in 2015, hit #1 on the Billboard Blues Album chart and was nominated for a prestigious Blues Blast Award for Best Rock-Blues Album. His 2017 album, BAD MOVIE, debuted at #1 on SiriusXM's Bluesville channel, remained in the Rack Of Blues Top 15 for three months and won in the Best Blues category for the Hollywood Music In Media Awards (HMMA). Bobby celebrated his 40th year as an ASCAP-affiliated songwriter and released LEMONADE in July 2019.