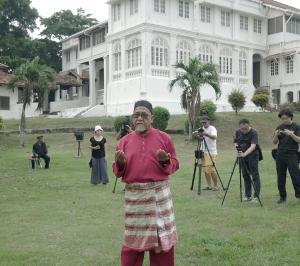 Chia-Wei Hsu, video still from Stones and Elephants, 2019. Image courtesy of the artist 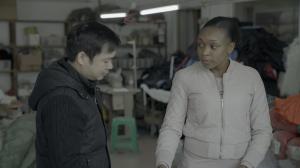 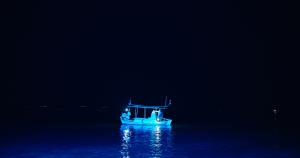 Wu Tsang, film still from One emerging from a point of view, 2019.

SINGAPORE, October 8, 2019 /EINPresswire.com/ — The Singapore Art Museum (SAM) is pleased to announce a series of international collaborations as part of the Singapore Biennale 2019 (SB2019): Every Step in the Right Direction. The collaborations reinforce the importance of Southeast Asian art within the global context and reflect the contemporary concerns of art communities around the world.

Second Benesse Prize at Singapore Biennale 2019 – SAM and Benesse Holdings, Inc. will work together once again on a second presentation of the Benesse Prize at the Singapore Biennale. The Benesse Prize was established at the Venice Biennale in 1995. Two decades after its inaugural edition, the Prize moved to the Singapore Biennale, with its 12th edition to be presented at SB2019. Organised by Benesse Holdings, Inc, the winner will receive a commission to create a work to be exhibited at Benesse Art Site Naoshima or the opportunity to have their works collected by Benesse Art Site Naoshima, and a cash prize of JPY 3,000,000 (about S$40,000). The Benesse Prize, open to all artists whose artworks are exhibited at SB2019, seeks to recognise Asian artists whose bodies of work demonstrate the potential to engage with some of the key underlying concepts explored at Benesse Art Site Naoshima.

Other International Collaborations- Several artworks presented at SB2019: Every Step in the Right Direction are the result of collaborations with or support from important cultural partners from the region and beyond.

Boedi Widjaja | Black—Hut, Black—Hut
Conceived as a co-commission between the Queensland Art Gallery | Gallery of Modern Art (QAGOMA) and SAM, Singaporean artist Boedi Widjaja’s Black—Hut, Black—Hut is an architectural installation with surfaces rendered in salt-infused concrete, which ‘blooms’ and changes appearance over time. Elements within the structure reference the raised flooring in various vernacular architectures, including the Queenslander house, the Javanese joglo, the Malay attap found in Singapore fishing villages, and void deck spaces of Singapore’s HDB apartment blocks. Through the installation, Boedi investigates concerns regarding diaspora, hybridity, travel and isolation through his own lived experience of migration, culture and aesthetics. The work was first presented at APT9 in QAGOMA, and a new site-specific iteration will be presented in SB2019.

Chia-Wei Hsu | Stones and Elephants
Taiwanese artist Chia-Wei Hsu will present Stones and Elephants, a work which connects colonial history with modern life by examining the historical relationship between the Dutch East India Company, the British East India Company and the local population. The story begins from the narration of two chapters of The Hikayat Abdullah – a literary work by a Malacca-born Munshi of Singapore, Abdullah bin Abdul Kadir published in 1849. Through Hsu’s video work, we are given an insight into the Dutch architecture of Malacca as described by Munshi Abdullah in his memoirs, and a parallel world shaped by supernatural beliefs and animal representations. Apart from the footage, keywords connected to the research have been programmed to be generated on a parallel screen, where viewers will be able to witness the keywords being searched online, as if an invisible researcher were present. This work is commissioned by SB2019 in collaboration with KADIST, a non-profit organisation based in Paris and San Francisco.

Koki Tanaka | Abstracted / Family
Japanese artist Koki Tanaka questions the coordinates and the mechanisms that contribute to the formation of a family through his video work Abstracted / Family, where the notion of ‘family’ is not one based on blood relation, but refers to a “quasi-family”, wherein a group of people who happen to share the same time and space are united. Tanaka brings together four protagonists whose families descend from Bangladesh, Bolivia, Brazil and the Korean peninsula, but are themselves native Japanese speakers and have been brought up in a Japanese cultural environment. Their co-existence in a typical Japanese suburban house requires them to be involved in diverse everyday life actions or work together as a group in creating a series of abstract paintings. On another side, the artist questions the stereotype that the Japanese are a homogenous race – an idea shared both by the local population, as well as the international public opinion. This work is co-commissioned by Aichi Triennale and SB2019, where it will be shown in a new form.

Wu Tsang | One emerging from a point of view
The Asian premiere of a two-channel film installation by Asian-American artist, Wu Tsang, explores the stories of two young women who crossed paths but never met on the Greek island of Lesbos, where the Moria refugee camp, known for its inhumane living conditions, is located. The parallel narratives unfold in overlapping video projections, one presented in the style of a documentary, and the other in that of magical realism. Tsang’s hybrid fiction-documentary departs from the traditional approach in telling a story of the island, migration, and the on-going crisis of refugees crossing into Europe through Greece. This work is co-commissioned and co-produced by Sharjah Art Foundation and Onassis Fast Forward Festival.

Marie Voignier | Na China
French artist Marie Voignier will premiere a new film, Na China, based on her research on one of the most important sub-Saharan African communities in China. Through interviews with African businesswomen in Guangzhou, which has the largest African community in Asia, the film explores the different experiences of women traders from Cameroon and Biafra, some of whom settle in the city, and some of whom only pass through. With the film’s ambivalence between direct cinema and reenactment, fiction facilitates the interrogation and destabilisation of received truths and norms, allowing Voignier to surface and critique the predicaments of the contemporary world order. Na China is commissioned by Biljana Ciric and the Guangdong Times Museum.

Key Dates and Venues
Commissioned by the National Arts Council, Singapore and organised by SAM, the exhibition will take place in multiple nodes across a network of sites from Nov 22 2019 – Mar 22 2020
Images can be downloaded from https://suttonpr.egnyte.com/fl/c82AI06TvM
For Media accreditation, please sign up here: http://muwwbzed.evenium.net/
END