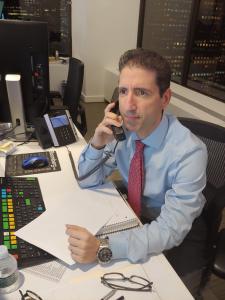 For over 25 years Rodrigo has been providing valuable insights and perspectives to investors in the emerging markets fixed income, FX, local rates, derivatives, structured products, and alternatives space.

During his career, Rodrigo developed successful emerging markets fixed income distribution businesses for market players such as Paribas, UBS, Commerzbank, and Credit Agricole. He was also responsible for executing Santander’s key LatAm FX and local markets business build-out before moving to BBVA, where he became Director and Head of Sales.

Rodrigo holds an MBA from Colombia Business School and a BA in Economics and Business from Lafayette College and is a fluent Portuguese and Spanish speaker.

His extensive emerging markets experience will be of great value to the firm’s clients and in helping Torino grow its business interests in the region.

Brazil is one of the emerging South American countries with the highest Gross Domestic Product (GDP) in the region and with a significant diversification in its exports, which has been recovering from the economic crisis of 2015-2016, with a growth of around 1.1% for the years 2017 and 2018. The International Monetary Fund forecasts that the Brazilian economy will grow at a rate of 0.9%, 2% and 2.3% for the years 2019, 2020 and 2021, respectively.

For its part, the Brazilian country has generated confidence and established an accommodating monetary policy for economic growth of the country, with an inflation rate that remains low and is predicted to be below the target set by the Central Bank of 4,5% for the end of the year. Concerning the fiscal deficit, the government is in the process of reforms to reduce spending, which has been down for the current year.

The country's growth can also be evidenced in the growth reflected by the Bovespa index for 2019, of approximately 25% so far this year. This is an excellent opportunity to consider listing on the country's stock market, specifically in those instruments that generate a higher yield than the Selic rate. It should be noted that this basic interest rate has been adjusted downwards by the Central Bank, and this will reduce the costs of the loans, and thereby stimulate consumption and the opening of the external sector, encouraging the Brazilian economy in the next years.

Also noteworthy is that, the economic sectors are forecast to grow in 2020, by 3% in the case of the agriculture sector, according to the Confederation of Agriculture and Livestock of Brazil and 2.30% in the industrial sector, according to FOCUS. In the case of the oil sector, it expected that with the tenders on the transfer of oil and gas, higher revenues will be generated by the government.