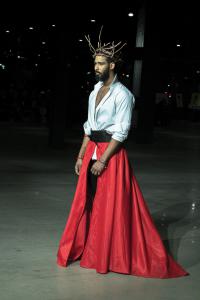 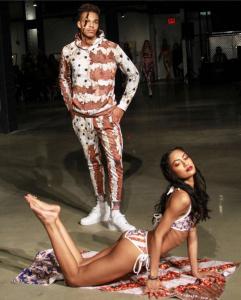 The Journey Fashion Festival directed by Malena Belafonte put on a show that left a wake of glamour, awe, excitement and took top honors as a show production.

I loved it! This was beyond a fashion show. It was an extravaganza, on point, flawless! Non stop excitement and talent. This is how a show should be produced!”
— Alvaro – artist and painter

NEW YORK, NY, USA, February 20, 2020 /EINPresswire.com/ — New York Fashion Week is over and though it has been all over the place after the CFDA shortened the week from 7 days to 5 days in order to tighten up the attendance of international buyers and press, it seemed to have done the opposite. Independent show producers and many designers chose to circumnavigate the traditional ways of “The Shows” and looked for other ways to impress the seemingly unimpressionable.

The Journey Fashion Festival founded and directed by Malena Belafonte has long been ahead of the times with creative alternatives. Most recently the Vogue emerging designer awards seemed to have been extremely inspired by many of The Journey Fashion Festival’s fashion & performance elements from Ball Room dancers to STOMP. Malena Belafonte put on yet another impressive show that put focus on what it is all about, fashion and talent. In a spectacular venue, 60 Tenth Avenue, with models jumping out of up-lit bridge pillars that held up the actual Highline, in a top to bottom window lined block for all to see, designers showed their collections in a fashion extravaganza that included performers of all kinds. The Journey is not like any other show – always making a point and standing out with the mission to be exclusively inclusive – and this was truly a show of inclusion.

E-Pluribus asked the question, Where are YOU from? during a show that included all ages and inspired everyone to think about their roots while reminding us that before “Living in America” we all came from somewhere. Muriel Stockdale, the artist who created US flags inspired by every country and culture in the world, collaborated with Pink Pirate Agency and debuted a fashion collection that was awe inspiring while launching her web store shopepluribus.com. Donald Earley, a fine artist, held a gallery exhibition that went hand in hand with fashion, inclusiveness and diversity. Sponsored by VCU ARTS Qatar, Earley, a former FIT graduate and New Yorker of African American decent, and now a resident of Qatar brought with him the essence of what The Journey is all about, fashion, inclusiveness, arts, diversity, spectacle, wonder, and heart.

Yeroc by Corey Woods, the King of Spectacles alias glasses collaborated with Kromagnon, and showed a masterpiece of a sun glass collection combined with Men’s and Women’s sustainable fashions. A highlight was when Joshua Ihila, a striking male model came out wearing shorts showing off his prosthetic leg, reminding everyone to go for their dreams. Henry Picado showed two collections that outdid each other. Este & Chlo, his wearable couture collection opened the show up to applause and Henry Picado Men’s had the audience gasping when a handsome collection of men walked the massive runway, fiercely wearing skirts, crowns, and trains.

Minan Wong showed a colorful collection that left no detail untouched. A glimpse into her new direction that was quite impressive while still holding on to what has made her a house hold name; quality, sustainability, fit and clean lines. L’Antonio showed an upscale collection of resort wear that rivaled Jackie Kennedy Onassis’s wardrobe. With a sound track that enforced the coexistence of classy and sexy, L’Antonio left no doubt as to what needs to be in everyone’s closet. Pearl’s Daily took everyone by storm and did a burlesque performance that only those who were present dare to talk about. DewBeeJammin by Leslie Felisiano showed an uber cool Hip Hop collection worn all the right ways and then some, while hip hop dancers made the spacious runway their playground.

The full Journey included a Chihuahua carried as a bag, children doing a Tic-Toc dance, and the audience was wowed by Alvin Ailey dancer, Hannah Richardson who did two impressive performances and closed the show with a Ninja dance off with no other than designer Corey Woods. Hair and Make up was done by Team Marcelo Costa, sound system by Sennheiser, famed artist Alvaro showed artwork, FIT Design Entrepreneurs Collaborative was represented along with Team Alex Salem, Mercedes Club, Savanna and others. This was truly an exceptional Journey.

The Journey Fashion Festival is directed and produced by Malena Belafonte.
Co-produced by David Belafonte
Hair and Make up by Team Marcello Costa
PR by Pink Pirate Agency