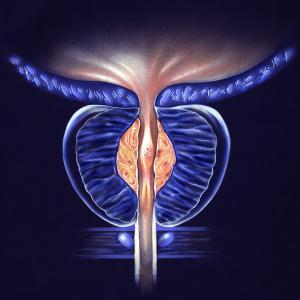 location of prostate cancer, PSA test can save your life 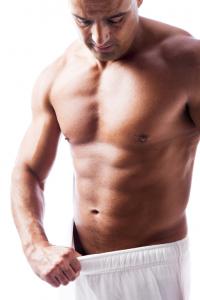 PSA test simple and can save your life. Do you know what your PSA number is ?

PSA test and rectal exam can detect prostate cancer. When found early the cure rate is high. Sexual function and urinary control is excellent in the hands of experienced surgery. Know your PSA”
— Dr. David Samadi

NEW YORK, NEW YORK, UNITED STATES, May 26, 2020 /EINPresswire.com/ — There is a concerning trend of more men ages 50 and older getting a diagnosis of advanced prostate cancer over the past several years. This news is from a study in the May Journal of the National Cancer Institute that included data from 2005 to 2016, during the time that the U.S. Preventative Services Task Force (USPSTF) recommended against prostate specific antigen (PSA) screening for men age 75 and older in 2008. Then, in 2018 after reviewing new research, the USPSTF updated their recommendation that men aged 55 to 69 should make their own individualized decision for routine prostate cancer screening and they recommended that men aged 70 and older can stop PSA screenings.”

“This report is exactly what I predicted and feared would happen when the task force first made this recommendation in 2008,” said Dr. David Samadi, Director of Men’s Health and Urologic Oncology at St. Francis Hospital in Roslyn, New York. “I voiced my concerns at the time disagreeing with the task force. From my experience as a urologist and prostate cancer surgeon, I strongly encourage all men to get a baseline PSA test beginning at age 40. From there, all men over the age of 40 should have a PSA blood test and digital rectal exam as part of their annual physical. The earlier prostate cancer can be diagnosed and treated, the greater likelihood of becoming cancer free.”

Findings from the study
Researchers with this study reviewed more than 2 million prostate cancer cases between 2005 and 2016 of men with early-state cancer diagnosed at age 50 and older. The good news they discovered was that the incidence of men aged 50 to 74 with early-stage cancer, reduced by 6.4 percent each year from 2007 to 2016. This same downward trend was also seen in men age 75 and older, also with early-stage cancer that experienced a 10.7 percent drop per year from 2007 to 2013.

However, the finding that caught their attention that was troublesome was the incidence of advanced prostate cancer – prostate cancer that has spread beyond the prostate making it more deadly and difficult to treat – had increased at a much higher rate than expected. Men aged 50 to 74 with metastatic cancer had increased by 2.4 percent each year from 2008 to 2012 and by 5.6 percent each year from 2012 to 2016. Older men with metastatic cancer aged 75 and older saw a 5.2 percent increase from 2010 to 2016.

“Why did the number of men with advanced prostate cancer increase during this timeframe?” asked Dr. Samadi. “Very likely because this was during the time when the Task Force made their recommendations to curtail and discourage annual PSA testing. Their argument was that the benefits of PSA testing may not justify the cost of implementing PSA as a screening tool along with concerns of the harms of PSA outweighing the benefits. Therefore, it is not surprising that what this study found – a 40.6 percent decline in PSA screening in men 50 and older in 2008, then to 38.3 percent in 2010 and then to 31.5 percent in 2013. Now we have more men getting a diagnosis of advanced prostate cancer that has metastasized complicating treatment and the outcome.”

Dr. Samadi went on to add, “I realize the Task Force original concerns of PSA testing were to avoid unnecessary biopsies and treatments that could result in incontinence and difficulty with sexual functioning. While those are incidences we want to reduce, at the same time, we cannot forego prostate cancer screening at the expense of men’s lives in which aggressive prostate cancers are not found until it’s too late.”

The American Cancer Society which oversaw the study agrees these findings shine a spotlight on the importance of men getting routine PSA screenings helping catch prostate cancer at an early, more treatable stage.

“Simply put, PSA screenings saves lives of this second most deadly cancer among men,” explained Dr. Samadi. “I encourage all men starting at age 40, to have that discussion with the doctor about PSA testing, especially if they have a family history of the disease or has female relatives who’ve had breast and ovarian cancers that can be genetically linked. What we need is a balanced perspective on PSA testing. Every man is an individual and needs to be treated as such. Otherwise, we will continue to see men die needlessly from a cancer that when caught early, has a 98 percent survival rate.”

Dr. David Samadi is the Director of Men’s Health and Urologic Oncology at St. Francis Hospital in Long Island. He’s a renowned and highly successful board certified Urologic Oncologist Expert and Robotic Surgeon in New York City, regarded as one of the leading prostate surgeons in the U.S., with a vast expertise in prostate cancer treatment and Robotic-Assisted Laparoscopic Prostatectomy. Visit Dr. Samadi’s websites at robotic oncology and prostate cancer 911.