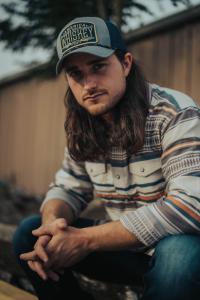 Nashville indie label recognizes that sometimes innovation is going back to things that worked in the past.

Their newest artist, Shelby Lee Lowe, is a true Country throwback, crediting legends like Johnny Cash, Hank Williams Sr and Dwight Yoakam as early influences. This makes it hard to miss the fact that his brand of Country doesn’t seem to fit with the likes of FGL and Sam Hunt.

“Shelby is a true, blue Country boy who was raised on the good stuff,” Andrew says. “He contacted me about collaborating, after hearing a song I wrote on the radio, and we instantly hit it off.”

Despite COVID-19 shutting down the critical touring industry, the team kept working, writing and recording new masters. The music might have a vintage vibe but that's not all LWM Records is throwing back. Even though Shelby spends most of his mid-week writing songs, sometimes that doesn’t mean you end up with everything you need for a project.

“Most of the biggest songs in Country Music history were not written by the singer,” Andrew explains. “Nashville has gotten away from that, in an effort to keep royalties in house, but that’s also why many modern Country releases have a reputation for being very stock lyrically and are forgotten as soon as they leave the charts.”

LWM Records has dedicated themselves to listening to outside material. In fact, of the eight songs they’ve released on Shelby Lee Lowe, two were outside songs. One being a cover of the 1990’s No Doubt hit “Don’t Speak” as well as “You’re Not Gone” written by Texas songwriter Ed Williams, releasing in October.

“As a songwriter myself, I value the craft and work that it takes to write a great song and frankly most artists don't have that time available to them.” Wills adds.