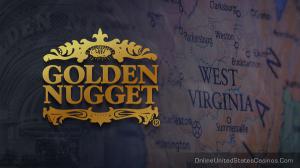 The agreement required Golden Nugget Online Gaming to pay The Greenbrier a percentage of its online net gaming revenue, subject to minimum royalty payments over the term.

"The Greenbrier is excited about this new partnership and adding to the incredible casino offerings already in place for our guests, members, and friends throughout West Virginia. Golden Nugget has proven itself as a market leader in the industry, and we're confident it will deliver a product that matches the lofty standard that defines America's Resort," said Dr. Jill Justice, president of The Greenbrier.

The second online casino license is awarded to Golden Nugget Online Gaming after the first license was granted to BetMGM.

The US Supreme Court decision to strike down the prohibition of sports betting came into effect in May 2018 through the Professional and Amateur Sports Protection Act's over-ruling. West Virginia lawmakers proceeded to pass legislation that same year to allow its brick-and-mortar casinos to take sports bets.
West Virginia was the fifth American state to legalize sports betting and has since become the second state, after New Jersey, to pass the Lottery Interactive Wagering Act (H 2934) in 2019. The act legalized large-scale online gaming, including online poker.

The Greenbrier is a historic luxury resort located in the Allegheny Mountains set in the White Sulphur Springs, West Virginia. The resort is set on an 11,000-acre property and includes 710 guest rooms, 20 restaurants and lounges, more than 55 indoor and outdoor activities and sports, and 36 retail shops. The Casino Club at The Greenbrier opened in 2010 with the massive facility, 103,000-square-foot in size, including 320 slot machines and 35 table games inside an elegant environment.