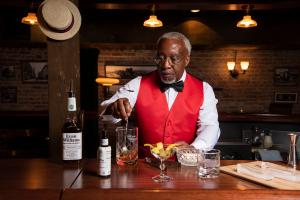 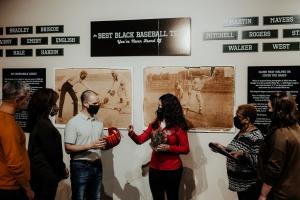 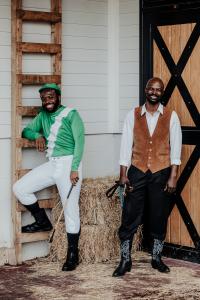 LOUISVILLE, KENTUCKY, UNITED STATES, May 13, 2021 /EINPresswire.com/ — Louisville Tourism, the marketing agency that promotes the city as a travel destination, unveils new programming celebrating the impact of the African American contribution to Louisville’s history, heritage and culture.

The Unfiltered Truth Collection allows visitors to journey back in time, look toward the future and explore the stories of some extraordinary people that built the Louisville experience as we know it today. Seven local attractions will share perspectives and histories that most have never heard before. Special preview in this online video.

Evan Williams: The Ideal Bartender Experience
Step back in time to the final days of Prohibition and into the secret Speakeasy at the Evan Williams Bourbon Experience. Once inside, guests will meet Louisville native and renowned bartender, Tom Bullock – the First Black American to write and publish a cocktail book (in 1917). Sit down and learn about the life, legacy, and love of spirits from the man himself in this 45-minute presentation. Along the way, guests will taste premium whiskeys and even get to enjoy one of Mr. Bullock’s most famous creations.

Louisville Slugger Museum & Factory- The Best Black Baseball Team You’ve Never Heard Of – An Interactive Discovery
After acquiring two rare and precious photographs of a Black baseball team, a curator realized the photos did not match the description given. Who was this team, really? Join us for a hands-on journey of discovery as you search for clues and travel through time. Explore the team’s dominance in the face of racism – their defeated opponents included white teams. After making headlines, why did the memory of this great Black team fade away? Louisville was home to the best Black baseball team you’ve never heard of – help restore their rightful place in baseball’s historic line-up as we rediscover this team together and connect their heritage to today’s game.

Frazier History Museum: From Enslaved to Empowered: Kentucky’s African American Experience through Bourbon
As the Official Starting Point of the Kentucky Bourbon Trail™, the Frazier History Museum is developing a unique and immersive cultural experience that will inform and entertain patrons by navigating the unheard stories of African Americans who have made one of the State’s greatest products, Bourbon, into America’s Native Spirit. From Enslaved to Empowered will take you on a journey from right after World War II to the present, giving visitors an idea of what it took for African Americans to come out of the shadows of the history of Bourbon and into today’s headlines.

Locust Grove: Unfolding the Story – The Enslaved at Locust Grove
Experience the other side of Locust Grove as you accompany the Croghan family’s enslaved laundress and enslaved distillery assistant throughout the house and outbuildings as they go about their daily routines. This 90-minute tour will immerse you in the year 1816 as you witness the sights, smells, and sounds of a 19th century farm all while learning about lives and stories of the enslaved individuals at Locust Grove.

1) Proud of My Calling, An African American Experience in the Kentucky Derby
In a quiet urban cemetery in Kentucky, lie many of the greatest horsemen of the 19th and early 20th century – they were the jockeys, the trainers, the farriers and the grooms that made the Kentucky Derby what it is today. And they were all Black. Their stories are longing to be told – the incredible victories, the crushing defeats, the transcendence that horse racing provided as they struggled for equality, on and off the racetrack. Meet these incredible horsemen through costumed actors, historic paintings and photos, and even authentic artifacts from the past as we bring to life the stories about the African-American Experience in America's greatest horse race – the Kentucky Derby.

2) African Americans in Thoroughbred Racing Tour
Take a tour through historic Churchill Downs Racetrack while learning about some of the most important African American figures in horse racing, to some other names that aren’t as well known—but should be. Connect all the historic dots on this tour while making stops at significant places at Churchill Downs that help tell these important stories.

The Kentucky Center for African American Heritage: Songbird of the South
The first in The Soul of Walnut Street Experience Series, hear the life story of Rhythm and Blues singer Mary Ann Fisher from her traumatic childhood in Henderson, Kentucky to the stage at Carnegie Hall. Learn of her destiny-changing win of a 1941 talent contest at the Lyric Theatre on Walnut Street and ascension to popular local, then traveling talent with the legendary Ray Charles band. Before her death in 1959, she would also perform with other greats like Marvin Gaye, B.B. King, James Brown and Billie Holiday among others. Her compelling journey in becoming one of the first African American women to have a career as a Rhythm and Blues singer paved the way for future generations.

More about Louisville’s Black Heritage can be found here.

Preview of the Unfiltered Truth Collection